It all started with one Pukorokoro Miranda member and then it just snowballed. A short time ago Sietske de Jong, a Brownie leader heard about “The Flock”at the PM Shorebird Centre. She took the message to her Pippins and Brownies in Paeroa and they joined in. 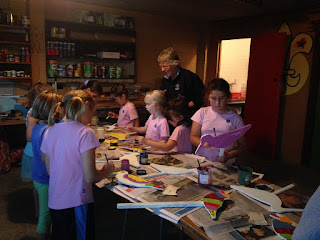 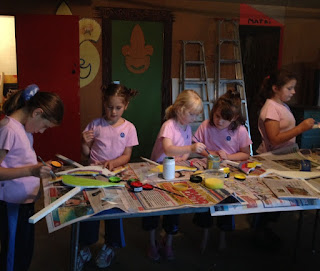 They brought the beautiful birds they had fledged to the Shorebird Centre to join “The Flock”. 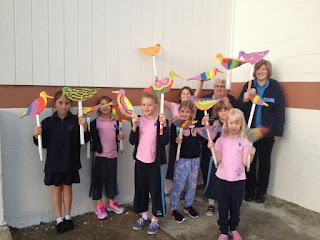 The Pippins and Brownies also brought their brothers and sisters, their parents and their grandparents along as well. They all heard about the shorebirds and then they went down to the hide to see them for real. It is wonderful to have the new Flock members but even better that so many more people now know about our birds.YOU HAVE TO KNOW TO CARE and if you care about something you want to protect it. 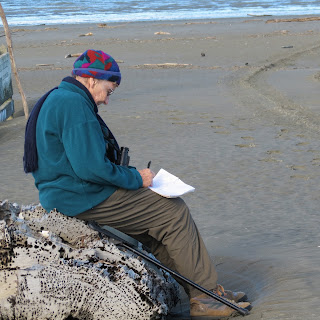 This is Betty, another person who cares.She told the guys in the Mens’ Shed in her retirement village, Resthaven Cambridge, all about “The Flock”. Tom said “we can do that, we can make some shorebirds” 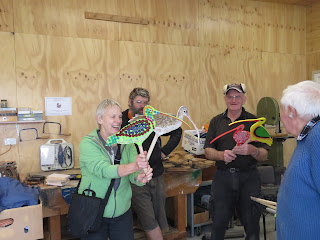 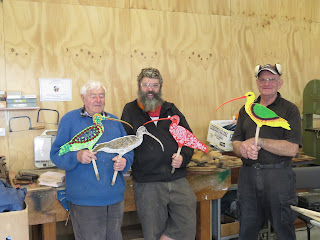 He wanted to know more about them so he and his wife took a trip up to the Shorebird Centre and he returned to Cambridge a supporter. Now he is known as “The Bird Man” Thank you Tom and the guys at the Resthaven Mens’ Shed for caring about the birds. 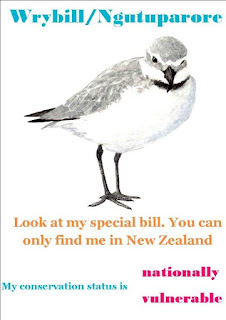 This is a wrybill, people in the BRaid River Group down in the South Island do care too.
http://braid.org.nz/
They need more people to know because this unique bird, with it’s right turned bill is NATIONALLY VULNERABLE.
Wrybill were going along nicely in NZ until people arrived with their pest animals and plants. Before that their only predators were other birds who hunted by sight. Nesting wrybill have almost perfect camouflage. 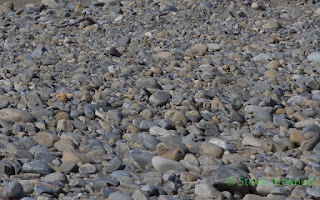 Can you find this one? Thank you Steve Atwood and the Ashley Rakahuri Rivercare Group for the photo. Another group of folk who care https://www.facebook.com/ashleyrivercare/
Wrybill aren’t used to feral cats and other predators who hunt at night using smell.Sadly many wrybill are killed on their nests and their eggs and chicks are eaten.

The Braid group do care.They would like help so they started their own wing of The Flock. It is growing which is good news for wrybills and all the other birds in the braided rivers of Canterbury.
YOU can help by fledging a bird for The Flock. There is a great opportunity at Pukorokoro Miranda Shorebird Centre during the school holidays. Find out more.http://www.eventfinda.co.nz/2016/school-holiday-fun/auckland

The first holiday week 11-15 July the tides are good to see our shorebirds. 2,000 Wrybill in flight is a breath-taking and unforgettable experience. https://www.facebook.com/MirandaShorebirdCentre/videos/1138855132794853/
WE NEED TO KEEP THE BIRDS COMING!
www.miranda-shorebird.org.nz/theflock
Source: The Flock