We are just one week into the school holiday programme at Pukorokoro Miranda Shorebird Centre.

Each weekday children and their care givers have spent a couple of productive hours learning about our birds. 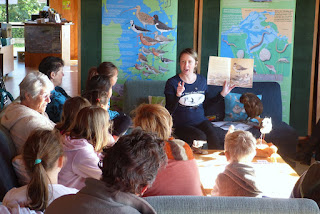 They have listened to stories of the shorebirds. 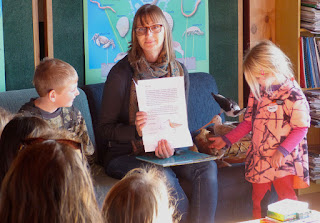 They have learned how to use binoculars and why birds carry flags and bands. 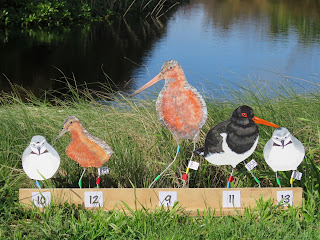 They have decorated cut-out birds to add to The Flock. 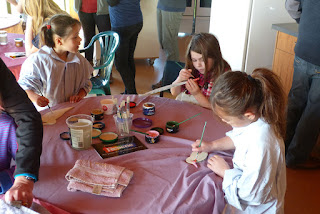 They have visited the hide and, helped by a band of enthusiastic volunteers, seen the real birds. 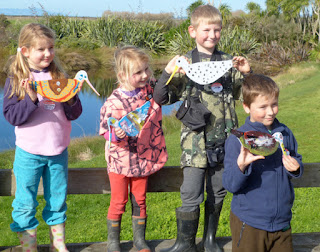 As you can see many new birds have joined The Flock. If this continues we will have over 100 new Flock members by the weekend. Numbers aren’t everything though but we have passed our original goal of 600. The Flock has now reached four figures. 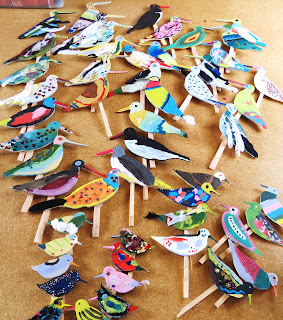 As Jacques Cousteau said “People protect what they love”. It is heartening to see that young people care. 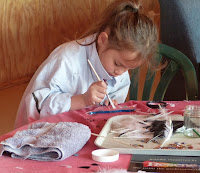 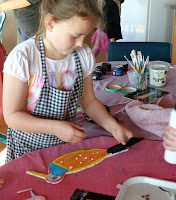 Just yesterday we got to see the wonderful birds that had come to join The Flock from Ruru class, Oropi School, BOP. 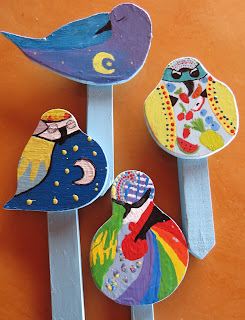 These Wrybill are just a few of their birds. They are amazing. So much colour, creativity and care. Well done Ruru.
Young people can make a big difference. Tomairangi Harvey from Christchurch was just 11years old when she made an animated film about the conservation of the NZ Shore Plover/tuturuatu. Her film was so good that she won the “Best Young Film Maker” award at the Japanese Wildlife Film Festival of 2015.
Watch her film here http://theoutlookforsomeday.net/films/2014/009/
Source: The Flock