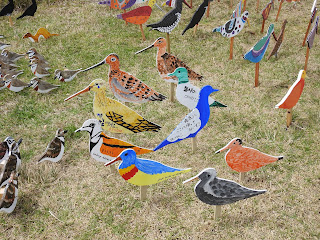 This mini-flock started its southern migration on 23rd December 2016 from the Republic of South Korea. Flying in a cardboard box, by airplane their journey time would have been much shorter than for real birds. Perhaps they arrived on Xmas day? 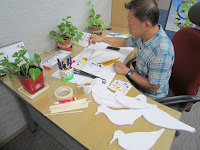 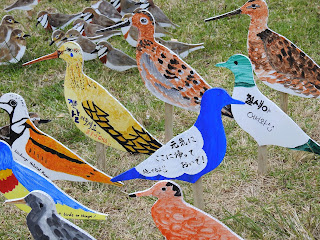 Some bear some detailed calligraphy, surely messages of goodwill. 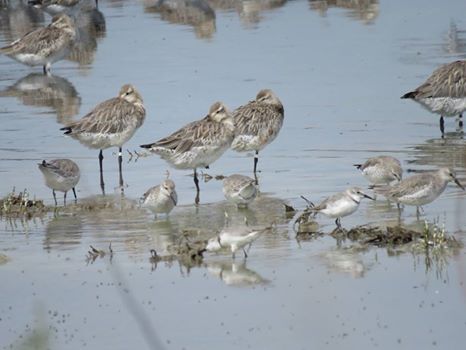 These are just some of the species of shorebird that the FLOCK initiative is all about. The bar-tailed godwits and red knots use the mudflats of the S. Korean Peninsula and other parts of the Yellow Sea as re-fuelling stations, before heading north to breed in the Arctic region.The wrybill are internal migrants using the braided rivers of the central South Island of NZ to breed. Water extraction and the invasion of weeds and predators has reduced the amount and quality of habitat for wrybill.

FOR ALL OF THESE BIRDS LOSS AND DEGRADATION OF HABITAT IS THE BIG PROBLEM
We need to keep the birds coming so that we can enjoy sights like this!(taken at Pukorokoro Miranda on 15th January 2017)
https://youtu.be/yU2E7D96qrU
The Korean mini-flock made its first public appearance at Port Waikato on Saturday 21st January https://en.wikipedia.org/wiki/Port_Waikato
It was a wonderful collaboration of varied organisations and people of all ages. 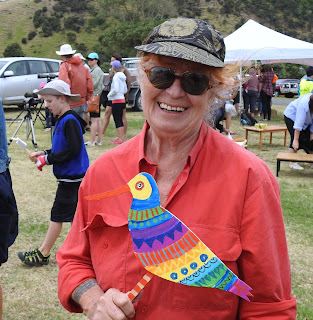 The day was organised by Karen Opie of Port Waikato Beach Care and supported by DOC, 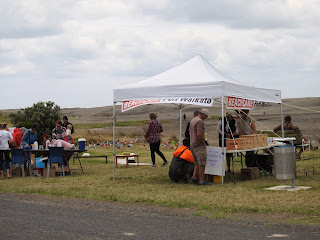 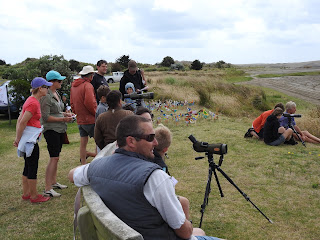 and “Art at the Port” 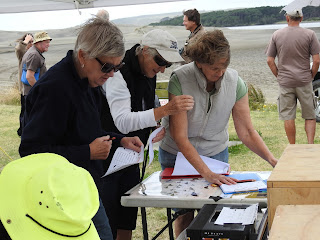 “Paint a Bird”was a major feature 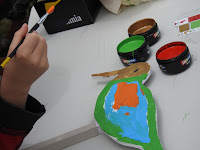 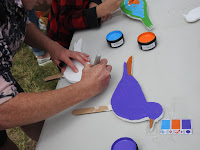 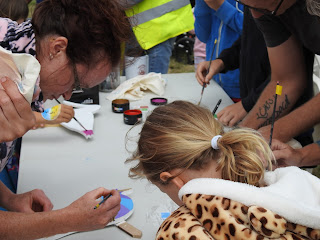 As a result a new Flock “FLOCK PORT WAIKATO” was hatched. The 60+ birds are now on display at the local sculpture park. it was a great collaboration and special thanks go to Tom from the Resthaven Mens’ Shed in Cambridge who made many of the birds. 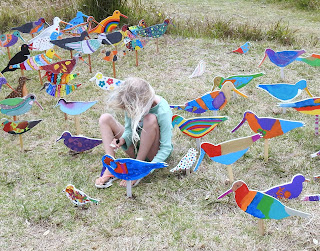 The Pukorokoro Miranda Flock has been busy over the Christmas period under the wing of different folk in different locations:- 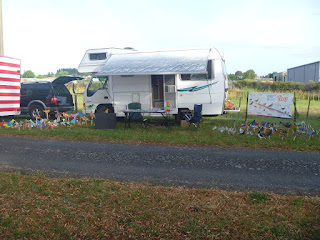 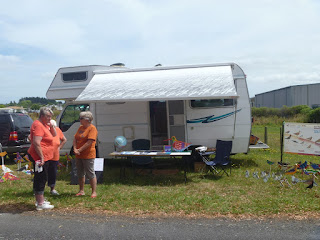 Thanks to Joe and Sietze de Jong who took it to the Paeroa AMP show.As always it attracted people who wanted to know what it was all about so got to know about our shorebirds and their problems. 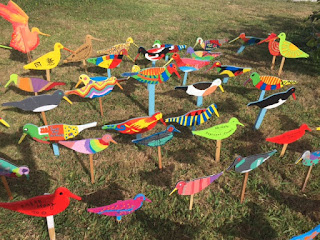 On March 6th all the FLOCKNZ members will be gathered together for a massive display in the grounds of the Shorebird Centre. It should be quite something. It is around this time our Arctic migrants start on their northern migration. It was also the time this project was thought to finish. However two new Flocks are being incubated right now, so “Watch this Space”