Each week we are having to up our estimate of the number of birds in THE FLOCK. In fact finding a place to store them all between FLOCK appearances is becoming a bit of a problem. 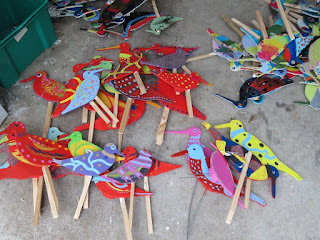 They have taken over the garage at the Pukorokoro Miranda Shorebird Centre while Keith has been away. 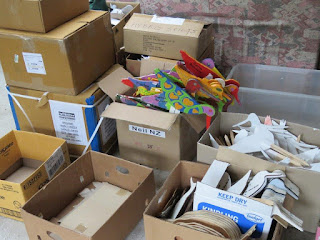 If there is no room for his car when he returns at least we have upgraded him to a Porcshe!(only on the cartoon though). 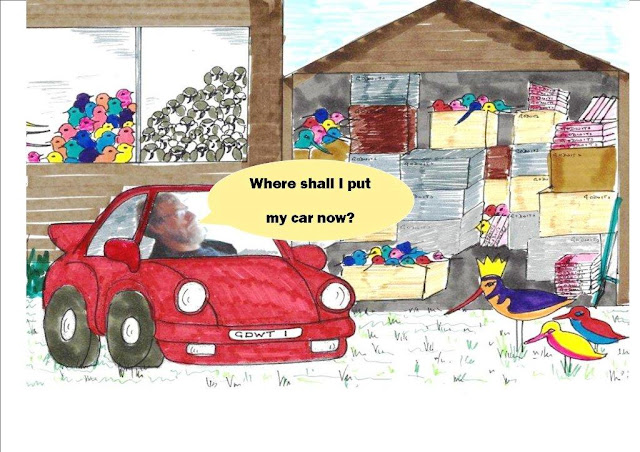 A number of new schools have joined THE FLOCK project as a result of a visit from Krystal, our new PM educator. We welcome Dawson Primary, Wakaaranga Primary and St. Joseph’s Paeroa. Also Year 3 from Oropi are making a Flock after seeing the amazing birds from Ruru’s class.
It’s not just the young folk though. A community group from Waiheke Island, known as the Waiheke Classroom, is preparing 50 birds for THE FLOCK.
On the 21st of September at Hamilton Gardens there will be a FLOCK appearance at a one day EnviroSchools event. 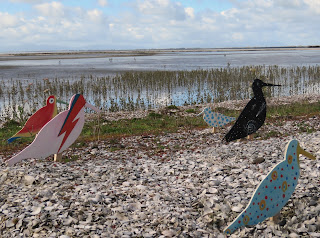 A few FLOCK birds  are now in permanent residence at the Pukorokoro Miranda hide.Just look out and down through the window and you will see Ziggy Stardust and his plywood friends.

Down in the South Island the BRaid wing is working wonders. Above are some of their FLOCK birds from
Te Pihinga at Rangiora Borough School. 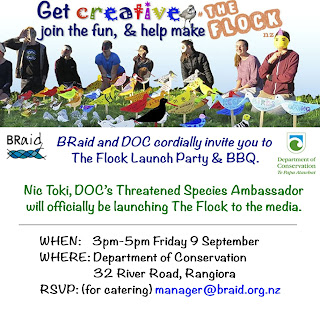 In just a few days on September 9th BRaid and DOC will be publicly launching their FLOCK with a bit of a party for all those who are involved.

Meanwhile, over in Australia everything is moving at great speed.
The Arctic migrants are returning very shortly to both our countries and we need our Flocks to be there to welcome them back.

THE FLOCK IS GROWING